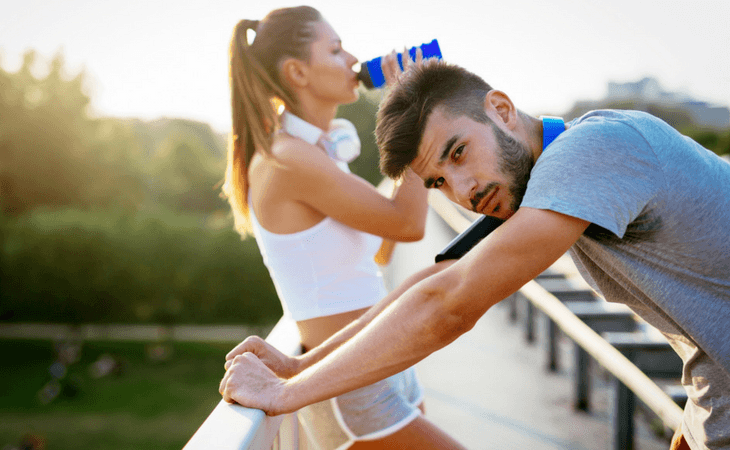 Since 2000 the number of half-marathon finishers has tripled, growing 24 percent from 2009 to 2010, and has become the fastest growing road race distance in the United States (1). There’s no surprise that competitive ex-runners seem to be on the rise at Johns Creek Pilates lately!

While running is a great form of cardiovascular exercise, it could also create huge potential for injury due to its repetitive nature. Any weakness or imbalances in your body could potentially surface certain muscles are overused while other muscles are underused.

When I see new clients who are runners or ex-marathoners, there seem to be three consistent complaints: knee pain, back pain and/or a weak core. Due to these, many runners have had to either back off on their running, or stop running completely.

For both injured and non-injured runners, Pilates presents a functional workout routine that incorporates many components of physical therapy and strengthening and directly impacts running form and strength. Lying supine

The fundamentals of Pilates emphasize balance, mobility and breathing, while strengthening the core muscles that support running. Breathing patterns and body mechanics are essential to performing Pilates movements correctly, which easily translate into a runner’s breathing patterns and posture to improve form and efficiency.

For injured runners or athletes, Pilates has the potential to aid in recovery by building a stronger core, improving your balance, and creating a more flexible and toned body. Orthopedic Surgeons, Chiropractors and Physical therapists often use Pilates equipment to help rehabilitate patients after running injuries.

The Benefits of Pilates

Pilates: A Perfect Solution for Low Back Pain

5 Reasons to Use an Exercise Ball as a Chair

Why is there an Order to Pilates Exercise?